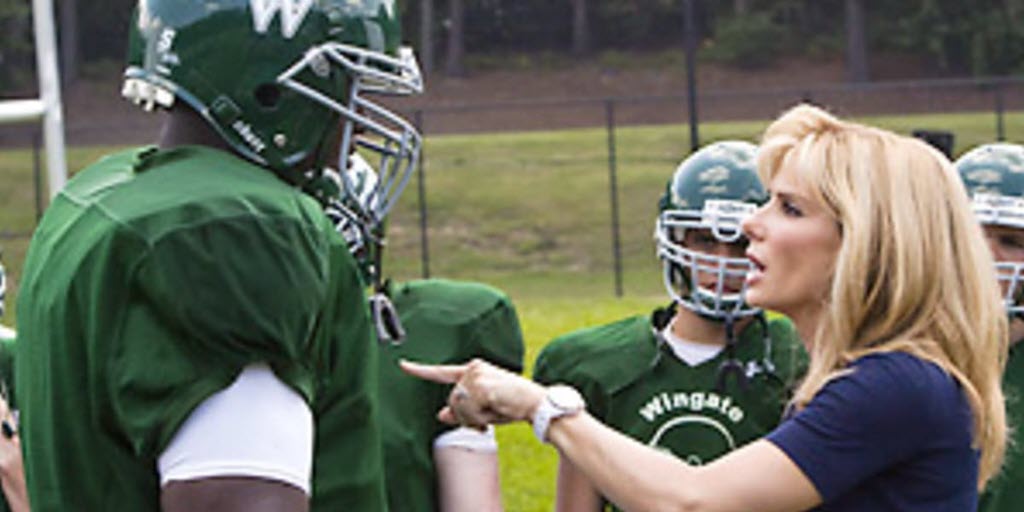 The excitement, the thrill, the joy from entertainment and sports drive happiness in our lives each day. That same excitement, euphoria, and fun can be had when you combine the two on the big screen when sports are turned into great action films. One sport that has seen its popularity increase year over year is football, and the same can be said for football movies.
For movie fans and sports fans, the big question is which football movies are the best and which of these best football movies are worth rewatching repeatedly? What is it that makes these worth rewatching over and over? Is it the actors such as Denzel Washington or Adam Sandler? Is it the storyline one like Michael Oher’s path from being homeless to being drafted into the NFL?
The list is long, and the debate can be made for many football movies. Here are the 3 Most Rewatchable Football movies.

Honorable Mention – Brian’s Song, Remember the Titans and Any Given Sunday

The debate could easily be made that Brian’s Song, Remember the Titans, and Any Given Sunday could be positioned within the Top 3 Most Rewatchable Football movies. From the unbreakable friendship built in uncertain times between Gale Sayers and Brian Piccolo to the injuries and terminal cancer, Brian’s Song delivers on all ends. From one true football fan to another, Remember the Titans featuring Denzel Washington is a must-watch. Washington portrays Herman Boone bringing together a black high school football team with the white football team. The third honorable mention is a fictional football movie starring Al Pacino, Cameron Diaz, Dennis Quaid, Jamie Foxx, and LL Cool J. This film will have any football fan on the edge of their seat with action-packed drama.

From the day Michael Oher hit the NFL, his story has become a household talking point among all football fans from across the country. This true story movie brings you the life of Michael Oher, who was portrayed by Quinton Aaron. Oher, who struggles to find a new home after being moved from home to home, finds himself among the Touhy household and a spot on the Wingate Christian Schools football team. Oher has noticeable size, strength and talent paved his way to the left tackle spot known as the blind side. With the push of his inherited mother, Leigh Anne, portrayed by Sandra Bullock, Oher must turn his grades around to remain eligible. All while making a name for himself on the football field to perhaps one day get drafted into the NFL. The Blind Side delivers a touching but exciting storyline that simply makes it easy for any fan to rewatch.

One movie that could be higher or lower on most lists is Jerry Maguire. When watching this movie, it delivers everything you might want in any movie, especially a football movie. The excitement will reel you in, but the love between the players, agents, and significant others is what will keep you engaged. Plus, I’m sure you’ve heard one of the most famous lines from any type of movie, “Show Me the Money.” The movie features a stellar cast, including Tom Cruise, Cuba Gooding Jr, Jerry O’Connell, and Renee Zellweger. Maguire, played by Tom Cruise, is a sports agent who elects to walk away from his agency while taking Dorothy Boyd (Zellweger) and his only football player client Rod Tidwell (Gooding) with him. Maguire and Boyd would be in a close relationship and eventually marry one another. Meanwhile, Maguire’s client struggles to land that final big contract before Maguire lands him. This romance comedy features love, struggles, fights, and even makeups helping to reel you in time and time again.

Coming in as the most rewatchable Football movie is Rudy. Based on Notre Dame’s football player Daniel “Rudy” Ruettiger, the film was released in 1993. Ruettiger was much smaller than the typical player Notre Dame would recruit, gets accepted into Holy Cross College with visions of transferring into Notre Dame one day. Rudy was basically knocked down every play. He almost gave up on football but eventually found his way on the football field at Notre Dame. His character and his relentless work ethic stuck with his teammates and his coaches. Ultimately, his teammates stood up for him when newly-appointed head coach Dan Devine elected not to play him in his final game. This opened up the door for the iconic chant of “Ruuudddy, Ruuuudyy” to earn him a chance to make a play, a play he wouldn’t miss and lead to him being carried off the field. This thrilling inspiring tale leaves chills up and down any fans back with the ups and downs to the final win for Rudy.