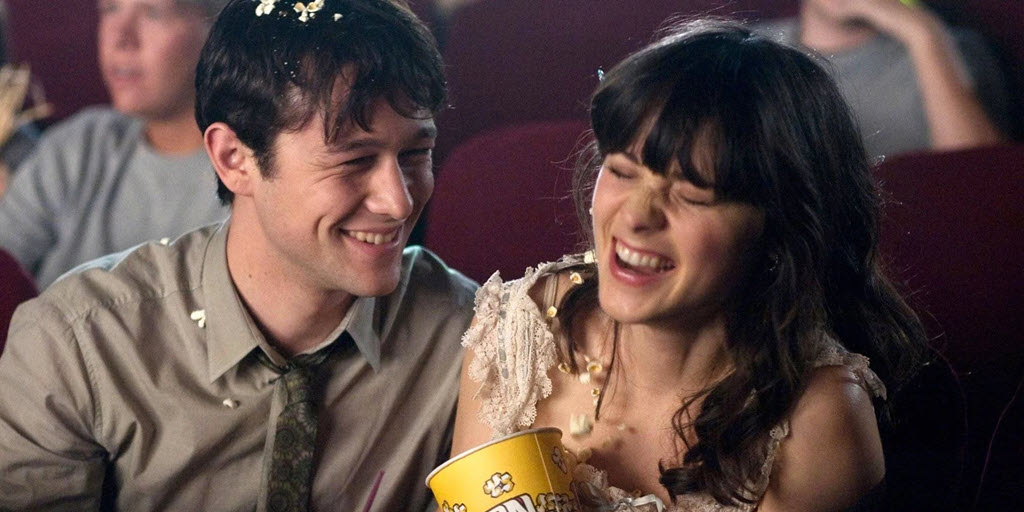 As they say, everyone falls in love at least once in their life; romantic movies are never off the season. If you are a fan of romantic films, in that case, it’s never a bad idea to catch some light-hearted, humorous, dramatic stories centered around romantic characters. This type of cinema is known as a romantic comedy, aka romcom.

The basic idea behind this kind of film is that no matter how enormous the obstacles are, “true love” always finds its way. The plot of the romantic comedy revolves around two people; usually, a man and a woman. They first meet and then parted away because of some misunderstanding or predestined circumstances. Initially, two characters seem standing on the opposite pole. But eventually, they find the love of their life. These films usually end on a happy note.

With all that said, here we have handpicked the top five most re-watchable romantic comedy movies for you.

With its release, (500) Days of Summer became classic to rom-com movies and applauded by film lovers all over. Instead of showcasing merely profitable relationships, it described the protagonist’s (played by Joseph Gordon-Levitt) memories of his recently unsuccessful relationship with his girlfriend Summer (played by Zooey Deschanel). The movie is fresh, authentic, and even hurting to watch at times.

Dealing with a breakup is the main idea behind this successful movie, and it still holds its relevance. The lessons the film gave have opened the eyes of many young people worldwide to where things may have been rocky in their relationship. In the end, it helped them face the reality that it was over.

One day, 21-year-old Tim Lake (Domhnall Gleeson) finds out that he can travel in time. Tim’s father explains to him that in his family, the men can travel through time. Looks like we are talking about some characters from the Marvel Universe, isn’t it?

With those magical powers, Tim decided to change what is happening and what has happened and tried to live a better life by getting a girlfriend. About Time is a brisk, well-paced romantic comedy with a magical twist.

A bad-tempered TV broadcaster Phil (Bill Murray) stuck in the timeline where he repeatedly relives the same day over and over. In this process, he slowly learns to treat people graciously. He fell for producer Rita (Andie MacDowell) and tried every possible angle to figure out how to seduce her. Each fail attempt means a little more detail — and gets him a step closer to winning her over the next time around.

Groundhog Day brings lots of laughs and some honest emotions. Amusing and unusually cute, Groundhog Day has just the right mix of comedy and romance.

This movie is probably the best movie of Woody Allen. In the film, Woody Allen played a role of a comedian named Alvy Singer. The soul of the film is: what makes a relationship fad? And what makes love last forever?

Alvy introduces his story as an autopsy, a review of his life and actions, and a doomed try to discover why his relationship with Annie failed. There is no answer: just a profoundly touching, funny, amazingly told story.

This movie sets in Paris, the city we all love when it sizzles and when it drizzles. Amélie discovers the ease of life and sees the beauty in everything. From the beginning of the movie, with her brief, particular and unique traits, we start to grow attached to Amélie’s character and development.

The absolute pleasure comes later from the army of eccentric relationships Amélie shares with each of the remarkable characters she meets. The love story between Amélie and Nino is the best. While their relationship may not be considered normal, the often immature mischief you see during the film makes it a humorously romantic adventure.