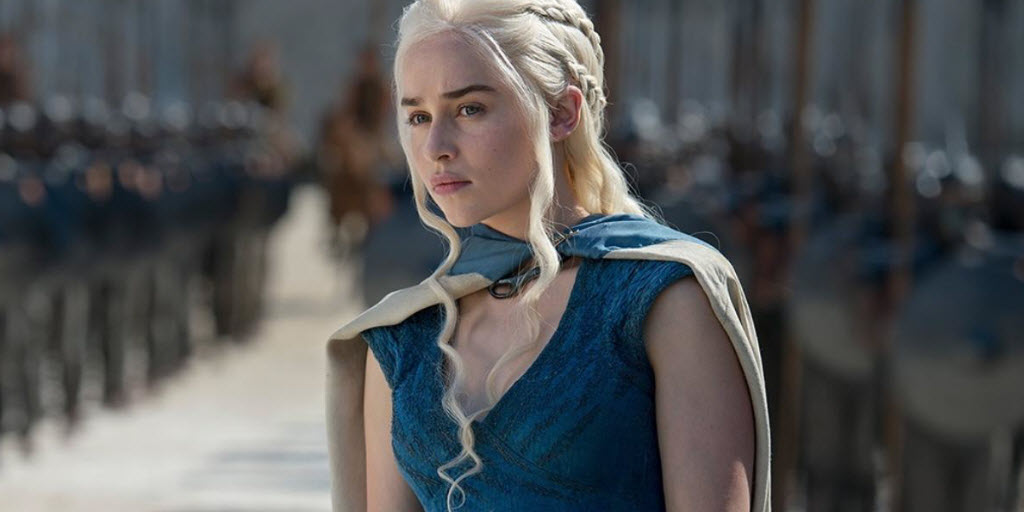 12 Shows that could be the next Game of Thrones

In the binge watching era of streaming shows online, the most popular platforms have provided quite an impressive amount of content. The first two decades of the 2000’s were just the beginning as 2020 marks the beginning of a full out streaming war.

With their downside of predictable plotlines and cookie cutter casting techniques, television shows of the 60’s, 70’s, 80’s and 90’s have left viewers hungry for something more. Then in 2011 along came ‘Game of Thrones’, which was the a uniquely epic series that ruled everyone’s hearts. This fantasy series, with its complex characters, well-planned storyline, incredible budget, epic fight scenes, and groundbreaking surprise elements, has set a benchmark in the entertainment industry.

Clearly what we learned from Game of Thrones is that anything is possible in television. We know you all must have felt the pain when Game of Thrones streaming ended with its last season, and now the pressure to be the show that is next Game of Thrones has increased considerably.

It is surely a tall task to match the standards set by Game of Thrones but that will not stop other streaming networks from trying. The ultimate question will be; can any other show capture our hearts and attention like Game of Thrones did in 2019?

Without further ado, feel free to start the music and enjoy our list…

Shows that are Similar to Game of Thrones

Based in Castle Rock, a fictional town, the entire plot revolves around characters and themes inspired by the real protagonists and other characters in Stephen king’s stories. If you are a ghost lover and thrill and suspense are your poison, Castle Rock is the series you must watch.

This series displays the perfect balance of light and darkness. Death, capital Punishment, Bloodshed, and a detective attorney keep you engrossed till the end. Like the name, Castle Rock, this series will give you the same experience you will feel while visiting an abandoned castle on a dark night.

J.J Abrams has successfully pinpointed the audience’s weakness and has perfectly played with the essence of mystery and darkness. You can have the best time binge-watching the entire series and won’t feel like leaving it midway. What makes it similar to GOT? The critical elements like the thrill, loyalty, hardcore love and betrayal, and the characters’ obsessiveness.

There is no question that Game of Thrones changed the game in the era of streaming. Dark, tragic character development is something that viewers have grown accustomed to. With the deep connections and humanistic emotional ties to the characters comes higher stakes. Black America looks to stands out in this genre, as the brainchild of Will Packer (Girls Trip) and Aaron McGruder (The Boondocks) seems to be a sure thing.

Attempting to rewrite an Alt-History drama in a Post-Civil War America seems to be quite a titanic task. Imagining an alternate history where newly freed black slaves successfully settled in Alabama, Mississippi and Louisiana. Black America gives a unique vision into what land reparations may look like as they shape a new nation called Colonia. As one could imagine, the trials and tribulations as a second nation surrounded by Mexico and the United States is oozing with television movie appeal.

The Lord of the Rings

Directed by Peter Jackson, The Lord of the Rings shares many similarities with Game of Thrones but ultimately will have a stronger springboard to get off to a better start. Whether it be the hierarchy game of the ring destruction plans, you will find rivalry, bloodshed, cunning plans, and loyalty in both these series. For the teary-eyed Thrones fans, The Ring game will be worth watching.

This epic fantasy series is very close to becoming the next Game of Thrones. Be it the characterization or the theme and plot structure, The Lord of the Rings is one of the best shows with the biggest budgets. One thing we know from the Lord of the Rings movies is that the series is no stranger to the epic journey of its characters. Some may say the long drawn out LOTR movies were enough, but there are plenty of folks yearning for more!

When Amazon wants to compete in an industry they have no problem going all out. This mentality and reinvestment in the company is why Amazon has become one of the most successful businesses in human history. With that being said, Amazon needs an epic series to help prop their streaming service to the likes of Netflix and HBOMax.

Assassination, bloodshed, and politics are sure to be the prominent elements in this series as it is based on the Rucka Lark Arcas comic book where the World has been divided into 16 different rival family pacts. Each family is running their territory in a feudal system and like Game of Thrones, are forced to find allies and handle enemies when needed. In order to keep order, you can rest assured there will be plenty of drama and violence with the Lazarus; a on-person kill squad that represents each family.

The Chronicles of Narnia

The creative and unique characters in The Chronicles of Narnia books have been popular amongst children for years. In fact, the books have sold more than 100 million copies and have been translated into over 47 different languages. Since Game of Thrones is not suitable for kids below a certain age, The Chronicles of Narnia has potentially a much larger audience demographic than Game of Thrones and could possibly overtake GOT in popularity.

In a deal that started on 10/3/2018, C.S. Lewis has partnered with Netflix to recreate his masterpiece Chronicles of Narnia into an epic series (as well as movies). The details are still yet to be determined but the groundwork has been laid for a potential epic series. This is the first time that the rights to the entire 7 books of Narnia universe have been held under the same company. The possibilities are endless!

The Witcher was first aired on 12/20/2019 and has been a hit right from the start. While not as popular amongst 20-40 year old’s like Game of Thrones was, this epic fantasy is a must watch for under 18 viewers on Netflix. Staring Henry Cavill as a solitary monster hunter features mystery, darkness and suspense at every turn. The supernatural aspects that are in GOT are found in abundance in The Witcher as Lauren Schmidt has quite a bit of free range given the scope of the plot.

Supernatural characters like monsters and wizards combined with ordinary humanistic elements of rivalry, bloodshed, & politics help shape this excellent series as a potential show to be comparable to the Game of Thrones.

Supernatural elements like flying dragons, witchcraft and 6 baby dire wolves nursing on a corpse, dragon eggs and much more played a large role in the success of Game of Thrones. Shadow and Bone has potential to carry the baton as a successful fantasy show with a strong young cast.

Darkness is overshadowed by light in this show, where the bad influences are overridden by humans with manipulative powers who can manipulate the rules of the world and change it for good. While shadows and bones are spine chilling, this series features a young woman grappling with new super powers in order to become the hero and save her land from an evil force. For those looking for a John Snow type hero, Shadow and Bone may be the successor you’ve been looking for.

If you feel like nothing on this planet will ever be as good as the Game of thrones, perhaps another planet will do? Small archipelagos, fascinating magical traditions, and unique cultures prevail on Earthsea like nothing you’ve ever seen. The show isn’t all fun and games as there are dark elements woven through the series that started in 2004. While not nearly as big budget as the Game of Thrones, there is something for everyone to enjoy in Earthsea somewhere along the way.

The Wheel of Time

Time stops for no one and keeps on moving. Based on the Robert Jordan best selling fantasy book series, The Wheel of time tells a story about a world where the dark past and future co-exist. Time ironically is threatened by evil that tries to take control. Rivalry and epic battles are an integral part of this series, and the allies of both sides should be portrayed in a very creative way.

The creator Rafe Judkins is no stranger to developing hero’s and villain’s as he was a prominent writer for the Agents of S.H.I.E.L.D. and the series Chuck. It remains to be seen what Rafe Judkins can do when he has free range and Sony Pictures Television has given him just that. Hopefully the ceiling for The Wheel of Time is that of the Game of Thrones and beyond!

Another story consisting of the nasty throne games, Gormenghast, involves a prince who knows that he would one day become the ruler, but his kitchen boy ruins all his plans. Unlike the characters present in Game of Thrones, this show will undeniably make a place in your heart with its simple casting and a great plot.

This series is suitable for individuals who love to live in their fantasy world and pen down their thoughts. While a bit more tame than GOT, Gormenghast still features all of the dirty politics behind capturing the gilded throne.

The story revolves around a princess who is destined to become a ruler. She goes on a journey to return a sword, and the entire plot is based on the princess and her journey to return the priceless weapon. Similar vibes to GOT and growing in popularity, this Netflix original featuring Polly Walker has captured the hearts of those of all ages.

Unlike the rivalry for the throne in Game of Thrones, Cursed is all for the sword. If you want to enjoy the same thrill and suspense along with some action, you must watch Cursed.

Some things to Consider when Finding the Next Game of Thrones